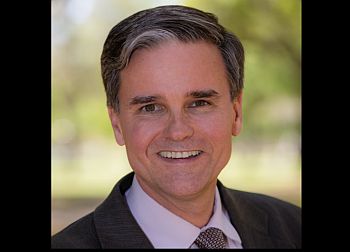 Imagine one day that you, the fleet safety manager, receive a report about your drivers that reveals that about 1 in 10 of your drivers is addicted to a substance that, when used, significantly impairs their ability to drive safely. And further imagine the report also tells you that almost all of the remaining drivers are probably not “addicted” in the clinical sense, but they are highly compelled to take the same substance while driving and admit they keep the substance in their vehicles and also admit to occasional use.

This is that report. For a little more than a decade since the release of the iPhone, Silicon Valley has been finding ways to increase the degree to which the “phones” and apps are able to grab and hold the attention of their owners. Some very bright people do careful work to enhance the psychological compulsion to use our smart devices constantly. In my work on technology and driving, my colleagues and I have documented the effects of this, with some of our latest work showing that about 10% of users have a pattern of use that would fit the behavioral definition of addiction. In other work, we show that even those that are not addicted are highly compelled to use the devices. I am sure if you are honest about your own behavior, you will probably admit you use the phone even when you shouldn’t, such as while driving.

What is a fleet manager to do given the known risks of phone use while driving? The first step is to stop thinking about them as phones, but instead look at them as a substance delivery system. A lot of the discussion focuses on phone calls, but the devices are capable of so much more. Once the device is in the car or truck, it will grab the driver’s attention by alerting them to texts, chats, game updates, news, posts to social media…  YouTube is much more interesting than boring traffic. The outrage Facebook uses to compel use is more immediate than the thoughts of safety for having eyes off of the road. In other words, the smart phone is a risky substance ready to cause harm by design, where harm occurs due to diverting attention from the roadway.

Once you, the fleet manager, embrace the risk the second step is to ground your response in data. It is tempting to ask employees to “Just Say No” to use of their devices. But that strategy ignores the level of addiction and compulsion Silicon Valley has designed into them. Developing an effective approach, where effective means reduced crashes, injuries and fatalities, should be grounded in best practice. Fortunately, organizations like the National Safety Council and the Network of Employers for Traffic Safety (NETS) have great, empirically grounded, recommendations to help.

The first part of best practice is to have a clear policy that bans all of use of devices and applies to all employees. You cannot have “just a little smartphone” in the car and be safe. Neither can you have a policy that only applies to those outside of management. A complete ban with leadership support is critical. Work by NETS on fleet safety shows that companies with cellular policies at the discretion of various units actually perform less safely than companies without policies. Consistency and leadership are keys.

The second part of best practice is to support the policy with education. Education plays an important role in reinforcing the “why” of the decision, reducing resistance, securing buy-in and supporting sustained change.  But education alone will not change behaviors for most drivers. No health crisis was ever changed through education alone. It is only by directly impacting behaviors that behaviors change. For example, education about the risks of smoking had much less impact on smoking rates than increased prices for cigarettes, smoking bans in public places, and increased insurance premiums.

Education must be joined by the third component which is the monitoring and enforcement of rules to stop the behavior of using a phone in any manner while driving. This is often the most difficult step for an organization, but it is one that cannot be ignored.  Monitoring for compliance with the rules can take many forms. A simple way is to mandate cellular phone records, including data use, are discoverable by the company in the event of a crash. More complex techniques include camera systems, phone-based monitoring approaches and telematics embedded in the vehicle or phone.

All of these systems support the most difficult, but arguably most important, step which is significant penalties in the event that an employee violates the policy. If you would not allow an employee to continue driving if they were found driving drunk then you should not allow them to continue driving if they are using a substance (the phone) that can produce the same risk to safety.

The good news is that companies that have clear rules, management buy-in, education, monitoring and enforcement have fewer crashes. Benchmarking studies by NETS with billions of road miles show this. Internal company data I have seen for companies that use this best practice demonstrates the same pattern. The gains are substantial, with a 2/3 reduction in crash rates not uncommon. In a world of fleet safety versus Silicon Valley, fleet safety can win if you are on its team.

eDriving’s Brain Scientist Advisor Paul Atchley, PhD, is the University of South Florida’s Senior Associate Vice President and Dean of Undergraduate Studies. As a Professor of Psychology, he specializes in research in cognitive factors, including the implications of multitasking on driving.