The COVID-19 crisis has required us to adapt in many ways. While these adaptations are too numerous to list, many of them fall under one umbrella – interacting at a distance. If there is one word that could describe the result of the pandemic, “distanced” might be it. Pre-existing trends toward interacting in technologically mediated ways have only accelerated. Spaces where face-to-face interaction was considered mandatory or at least strongly preferred, such as in business or education, have given way to interaction via the internet. Even if we still don’t prefer these ways of interacting, we are all certainly more comfortable with them and many of us have found ways to adapt to the new normal of distanced living.

Functionally, this means there are now more ways for us to interact at a distance, the technical infrastructure is more robust for doing so in ways that approach “normal” and it is more socially acceptable, or even preferred, to do so. Meetings on Microsoft® Teams, catching up with family or having cocktails with friends via FaceTime, or moving to a Zoomtown where you can work at a distance but enjoy access to the place you have always wanted to live are our new normal. But these changes come with costs as well.

By de-coupling physical co-location from work and social interactions and making that more acceptable, we have entered into an era where any moment can be a meeting. In the first wave of distracted driving, the “boring” moments of long drives were filled by drivers reaching out to talk by phone. In those early days, most of the interaction was voice and purely social. There were hints of what was to come, with younger drivers FaceTiming friends or posting their speed on Instagram and business people attending to laptops and holding meetings while in traffic, but those were not the norm. Now, however, the technology has improved and the expectations for working and socializing at a distance have changed. 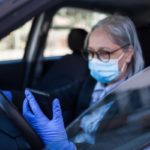 In my presentation to the Network of Employers for Traffic Safety (NETS) last fall titled “The Economics of (In)attention: Navigating the Distractions of Technology in a Fleet Safety Environment”, I suggested these trends might manifest in increasing crash and fatality rates, even as miles driven might go down. The reasoning is that crashes due to significant inattention tend to be the most severe. Using an example from research by Dr. David Strayer and colleagues comparing distracted and drunk drivers, when a distracted driver fails to notice a stopped car, for example, the crash occurs at a high-speed differential, as opposed to what happens when a driver is impaired by alcohol in which they are slow to react, but they react vigorously when they do (in their study, four drivers distracted by hands-free conversations failed to notice stopped cars while none of the drunk drivers missed them, even though they reacted slowly).

On March 4th of this year, the National Safety Council (NSC) issued a press release based on their analysis of current crash data titled “Motor Vehicle Deaths in 2020 Estimated to be Highest in 13 Years, Despite Dramatic Drops in Miles Driven.” The NSC noted that there was an 8% increase in traffic fatalities from 2019 to 2020 despite a 13% decrease in miles driven. Put another way, the estimated deaths per 100 million miles travelled was 1.20 in 2019 and 1.49 in 2020, or a 24% increase in risk of death. In simplest terms, every mile we drive has become more likely to be one that results in a fatality. 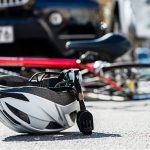 The cause of this dramatic change has yet to be established. Our cars and infrastructure are safer than ever so, as usual, it has some thing to do with the driver. As noted in the example provided by Dr. Strayer’s lab, fatal crashes are usually the result of speed or large differences in speed between the driver’s vehicle and some other object, such as another car, a barrier or the side of the road following an unplanned lane departure at speed. Increased speed is one culprit that is most certainly at play. Emptier roads might lead to greater speeds. It is certainly the case that while a commute hampered by slow traffic provides greater numbers of possible crash events, those events might happen at slower speeds.

But an empty road is full of few threats to a driver other than those they create by their own inattentiveness. While it is certainly just an educated hypothesis at this point, the combination of more deaths and fewer miles points to inattention on the part of drivers. And when it comes to inattention, I believe our comfort with technologies that make interaction at a distance has made us more complacent and more likely to use them while driving. The coming months and years will help us understand to what degree distraction is playing a role in these shocking reductions in road safety. But for drivers and fleet managers, employees and employers, now is the best time to double down on preventing distracted driving and building a company culture that encourages productivity, but not at the risk of safety.

April is Distracted Driving Awareness Month
To coincide with the month, eDriving is launching a new online Distraction Center, with webinar, eBooks, guides and other resources. . Visit https://www.edriving.com/distraction-resource-center/