By Ed Dubens, CEO/Founder of eDriving

In driver risk management, efforts are typically focused on preventing collisions from occurring, and on reducing the seriousness of collisions that do occur. At a company level, this often involves efforts to reduce dangerous behaviors such as speeding, distracted driving and tired driving, as well as reinforcing safer behaviors, such as the use of seat belts, not handling phones while driving, and leaving a safe following distance.

However, an aspect of driver risk management that receives little attention is emergency response, and companies don’t always consider the role they can play in looking after their drivers in their most critical time of need.

The unfortunate reality is that crashes continue to occur. In fact, 2020 annual traffic crash data, just released by the National Highway Traffic Safety Administration (NHTSA) in the U.S., shows that 38,824 lives were lost in traffic crashes nationwide, the highest number of fatalities since 2007. In almost half (45 percent) of fatal crashes, the drivers of passenger vehicles were engaged in at least one of the following risky behaviors: speeding, alcohol impairment, or not wearing a seat belt.

Globally, approximately 1.3 million people die each year as the result of road traffic crashes. And between 20 and 50 million more people suffer non-fatal injuries, with many incurring a disability as a result of their injury[i]. Following a road traffic collision, up to 40 percent of people will be trapped in their vehicle[ii].

Emergency response following a collision can help to avoid preventable death and disability, and can reduce the severity of injuries sustained in road crashes.

To quote the World Health Organization (WHO), “The way in which those injured in road crashes are dealt with following a crash crucially determines their chances and the quality of survival.” [iii] Additionally, WHO states that “Effective care of the injured requires a series of time-sensitive actions, beginning with activation of the emergency care system…”.[iv] The World Bank adds that, “It is estimated that improvements in trauma care could save more than a million lives, cutting road injury deaths by up to 30 percent.”

It’s for reasons such as these that bodies like the World Rescue Organization (WRO) exist. The WRO, of which eDriving is a proud supporter, provides a platform for rescue personnel throughout the world to share and advance rescue science and technology and to develop and enhance proficiency in general rescue techniques, vehicle rescue, incident command and pre-hospital care.

Considering that, often, emergency care begins with assistance from bystanders, there are many opportunities for delay. For example, in rural areas it may be some time until a passer-by comes along, and there could be confusion as to the exact location of the collision. In fact, NHTSA states that “delay in delivering emergency medical services is one of the factors contributing to the disproportionately high fatality rate for rural crash victims.”

This raises the question, what can third parties, including fleet operators, do to help improve emergency care for those who drive for work purposes?

Vehicle selection is one consideration. Some newer vehicles have built-in sensors and automatic crash response, which activates a call from an advisor to determine if the driver needs help. A study of such a system in Australia estimated that crash-to-hospital time could be reduced by three-minutes, saving 104 lives per year on Australian roads if all vehicles were fitted with the system[v].

Automatic crash detection and emergency response can also now be incorporated into smartphone-based driver safety programs, meaning that employees and contractors in any vehicle can be protected 24/7 should a crash occur while driving for work purposes. 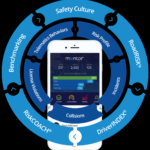 At eDriving, we’ve just announced a partnership with Sfara and Bosch that has produced the integration of Sfara’s crash detection and Bosch’s emergency call service into our Mentor smartphone app. This means that, in the event of a collision, it is detected by Sfara’s patented smartphone-based technology and this triggers a voice call to the driver from the Bosch Emergency Center serving over 50 countries and handling more than 1.7 million emergency calls globally each year. In the case of no response from the driver or confirmation of an emergency, event information will be relayed to local emergency services for immediate dispatch of help to the scene. Approved contacts in a driver’s Mentor Emergency Profile (e.g., next of kin, employer, etc.) will also be notified. This means that employees and contractors can be protected 24/7 should a crash occur while driving for work purposes.

For those responsible for the safety of employees and contractors driving for work purposes, here are five tips to improve quality of care following a collision:

[ii] A comparison of the demographics, injury patterns and outcome data for patients injured in motor vehicle collisions who are trapped compared to those patients who are not trapped | Scandinavian Journal of Trauma, Resuscitation and Emergency Medicine | Full Text (biomedcentral.com)